We may all have different opinions regarding gun control, and that’s our right and how it should be. But whatever our views, that does not mean we shouldn’t support the amazing students marching peacefully this Friday. The April 20 Day of Action marks the anniversary of the Columbine High School shooting in Colorado in 1999 when 12 students and one teacher were killed. The terrible reality is, that in the time between my uploading this article and the teenagers walking out on Friday, approximately another 14 children will have been shot dead in the US. 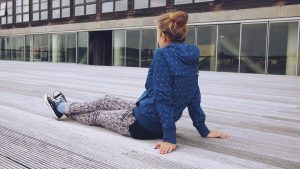 Young people deserve a better, safer world than the one they’ve inherited. And whatever peaceful activism it takes for that change to happen, I’m right behind it.

The statistics speak for themselves: the USA has the highest homicide rate by guns of any developed country, and that figure is way off the charts. If sensible gun control results in fewer innocent lives lost, then who would want to go against anything that counters that? Fewer children murdered? How can that be a bad thing? No one here is talking about zero guns or doing away with the 2nd Amendment. What is being mooted is stricter controls and better checks. The arguments have become so polarized that no one is talking anymore and the middle ground has been lost in the heated arguments.

The world these students live in is dangerous — their childhood has been plagued by lock-down drills at school so they’re only too well aware of the chances of being caught up in gun violence. They’re right to protest and demand that their communities are safer. It’s a good thing they are getting out and making a noise, and that they’re willing to stand up for a better tomorrow because it certainly isn’t going to be a better tomorrow if someone doesn’t do something about it. 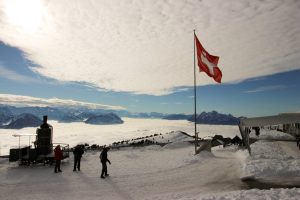 Switzerland is safe yet people own guns

If you doubt that it’s possible to make changes that are well-thought through and reasonable, look to the UK or Australia, two countries that changed gun laws following massacres in 1996 (Dunblane and Port Arthur respectively) simply because normal people were willing to say ‘not one child more’. There hasn’t been a massacre in either country since. Similarly, in Switzerland, many households own a gun as the country’s army is, in fact, a militia, yet gun controls mean that shootings of others are rare. There hasn’t been a mass shooting in Switzerland since 2001 when a man stormed a local government building and killed 14 politicians and then himself. Compare that with the US — data from the Gun Violence Archive shows that on average there’s a mass shooting (defined as four or more people shot in one incident) nine out of every 10 days. In 2017 alone, 346 mass shootings took place in the US with a total of 65 shootings being reported on school grounds.

In the USA the figures speak for themselves. Every year, 17,102 American children and teens are shot. Of those, 2,737 don’t make it and end up dead from gun violence. That’s seven children and teens killed every day. If you look at the statistics for adults, you’d be forgiven for questioning the numbers because they are so shocking: 116,255 people in America are shot of which 35,141 die in any given year.

It seems to me that parents deserve to feel calm when their kids go to school, and children should not fear for their lives when they’re learning. So here’s hoping that these Walk Outs and Marches achieve their goal and politicians start to listen. Isn’t that something to aim for?