My world was changed forever by the savage killing of my eldest son Alex Morgan in the early hours of 30th December 2014 in Kuesnacht, a small lakeside village just outside Zurich, Switzerland. Alex was a sensitive, funny, charismatic young man, a free spirit filled with promise, a dreamer. He was 23 when he died. A senseless waste of a beautiful young life. 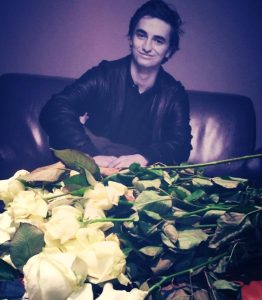 Alex’s brutal homicide at the hands of someone he considered a friend not only left me devastated and unable to find meaning in life, but it also shattered the lives of his family and friends. There was a communal loss of innocence. We all had to face the reality of what had been his last moments at the hands of his killer. Not only did those who loved him grieve deeply, they also had to come to terms with how he’d died.

Details of the way in which he was killed were splashed across international newspapers, private photos appeared in the media, the trial was covered in detail.

Shock and repulsion at how Alex died

Such was the barbarity of Alex’s last moments, that even those who did not know him were shocked by his assailant’s cruelty. He was battered with a metre-high candlestick, bludgeoned with metal statues, repeatedly cut with glass shards on his head and strangled. Alex was unable to defend himself throughout his ordeal. He suffered over 50 injuries to his head alone.

Yet the killer did not stop there. After inflicting unbearable injuries on Alex, the killer knelt on him, forced Alex’s mouth open and pushed a candle inside. He then rammed it down Alex’s throat all the way into his esophagus. It was this final act of barbarity that killed my son. Alex died of asphyxiation in a pool of his own blood.

After killing Alex, the killer went upstairs and took a shower.

I am haunted by the way my son died. I will never come to terms with the wanton cruelty of what the killer did to Alex. Having to accept how much Alex suffered in his last moments and that I have to live without Alex for the rest of my life is very, very hard.

Prosecuting Alex’s killer and my fight for justice

Lost and utterly unable to function, I decided to channel my despair and anger by becoming actively involved in the prosecution of Alex’s killer. In so doing, I found the strength and motivation to carry on living.

The fact that I am still here today bears testament to my love for my children and my resolve to fight for justice and in so doing give Alex a voice. 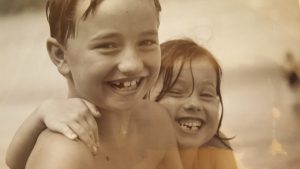 Alex aged seven with his sister

Seeking answers where there were none

In the Courtroom, the killer remained silent choosing instead to be represented by three lawyers. He refused to answer any questions put to him by the judges (see The Trial).

Newspapers and tv coverage focused on the manner of the crime. Media coverage was extensive. As news of the case spread, so the courtroom filled with more and more journalists. Many flew in from abroad. For us, dealing with the media intrusion was an added stress but we realized it was an inevitable part of the process. To this day, I am thankful to the journalists who were fair in their reporting.

Journalists also wrote about the killer’s background – rich, privileged, an art dealer from a well-known gallery-owning German family, a Porsche-driving drug addict, older than his victim, physically far bigger and taller than Alex. They reported the fact that the killer’s jet-set, drug-fuelled, lifestyle had been financed exclusively by his wealthy father.

A wealthy killer with a secret past

From the moment of the killer’s arrest to the trial in Meilen, Switzerland, over two years had passed. At the trial, the killer rocked backward and forward in his chair. Usually, he stared fixedly at the desk before him, his long, lank hair partially covering his face. Not once did he look at me or my family. We were sitting in the Courtroom only metres away. This man showed no remorse.

Newspapers reported on the killer’s violent past, something that the defence lawyers were at pains to play down. The killer was described by his legal team as a ‘teddy bear’.

But the Prosecutor derided such claims.

The man who had killed Alex had previously attacked his own father in 2011. The father had fled the family mansion running to a neighbour’s for help. The Defendant had also allegedly raped and attempted to kill his then-girlfriend (he was later found guilty of rape by the same Court).

This was a man who purported to be a gentleman but in Court was shown to have a very different and dangerous side to him. The Prosecution described how after being admitted to a drug rehabilitation centre, the killer was warned never to take drugs again. According to his ex-girlfriend, the accused was a ticking time bomb. She had warned his family that their son was dangerous and that his drug habit was out of control. She had told them that if their son continued like this, he would end up killing someone. Her warnings were ignored.

Following the homicide, the killer’s family advised the ex-girlfriend to keep quiet. Thankfully, she did not. This courageous young woman gave evidence at Court.

Inspired by other warrior mothers

In moments of doubt and complete exhaustion, I looked to courageous campaigners such as Margaret Aspinall and The Mothers of Plaza de Mayo. It is decent, ordinary people who create a just society by standing up for what is right and fair. We count, each and every one of us. One person’s determination can affect change.

I was not able to protect Alex the night he was attacked. I was not able to hold Alex as he died. I was not allowed to kiss his mutilated body goodbye. So now I shall be his voice. I am in for the long haul. However hard and exhausting the journey, I will not bow down until justice is served. 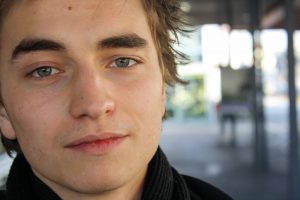