I knew what it was before I opened the envelope. I just knew, like I knew that my son was dead before the policeman told me. Quietly, taking a deep breath, I sat down at the kitchen table, and placed the envelope before me. It was morning. It was daylight. I was alone.

The snow fell outside. I watched it through the windowpane, the grey, wintery morning casting a soft light across the room. 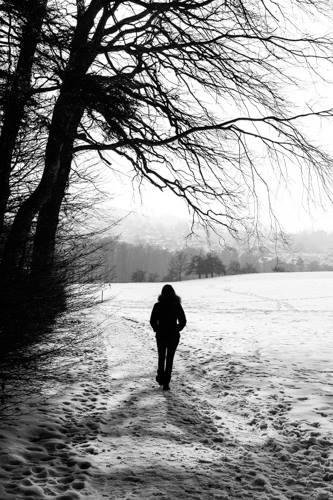 Breathe, I told myself. Keep breathing. You can do this.

It felt surreal, to be myself and yet observe myself going through this act where death is depersonalized. Like receiving a tax bill. A piece of paper, that’s all it is, I told myself, nothing to fear. My hands trembled a little – I saw how they shook – and then I took the envelope and opened it. Thud – thud – thud. My heart was pumping so hard I felt dizzy. I began to read, very meticulously, very slowly. Yet my soul still gasped for air when I came to Alex’s name. There it was, his name on his death certificate. An administrative formality that cut through my heart like a knife.

There was no covering letter, no recognition of the devastation his death had left behind. When you have had to bury your murdered son, not knowing yet how exactly he was killed, a document which arrives in the post giving the day and estimated time of death, with no condolence words from the registrar, seems crude and heartless. Zero recognition for what I felt, for what his father and siblings suffered.

‘I must keep this safe’, I told myself, ‘I must place it with his other documents, with all his papers.’

Somehow, in a strange way, to carefully file his death certificate was an act of love, like it had been to file all his exam results, his school reports, his medical notes, his X-rays, his military papers, his baby vaccination booklet. I didn’t know how to do anything else with this certificate. The carer in me did not stop caring when Alex died; the mother did not stop mothering.

I re-read it several times, hypnotized by the regularity of the print, not taking in what was written yet not needing to. It could have been in braille for my lack of true understanding. I realized that administrative closure on my son’s life had no more bearing on my grief than a rocket ship landing on the moon.

And it is this that I have learnt, that the harsh reality of death wears many masks, and that this missive was one of them. For in my hands was a document which purported to sum up an entire life, an ocean of grief, an eternal loss. I felt utterly lost as I searched for some sign on this certificate that would help me navigate this new future without my son. I found none. One had little to do with the other such was the poor representation on paper of the reality of what would now be the rest of my life.

That morning I wept as I had done on so many other mornings, alone and in despair. Then I got up, went to my little office, and filed the death certificate alongside my son’s college one and his infant growth chart. And I have never looked at it again. Some things are too painful and bring no healing. This, I knew, was one of them.

I had entered uncharted territory the moment my son died and for this journey no map existed, no signs would lead the way.

As the stillness of the moment settled on my shoulders and I looked up again across the trees and snow-covered garden, there seemed to me to be someone close, behind me. I turned, haltingly, half expecting to see him standing at my side. No one.

‘Oh, Alex’, I whispered. ‘Sweetheart, please tell me you are ok.’

Tears make no noise, Alex. That’s why they are like snowflakes. No map, my darling, just trembling hands and a broken heart to guide me on my way.