Most people don’t know how to speak to a homicide-loss parent. They’re lost for words. I get that — homicide is very frightening. So, here’s a list of dos and don’ts to remember:

1. Call the murder victim by their name. Homicide loss survivors are no different from other child loss parents or siblings — they need to hear their loved one’s name. This is even more important once the police investigation and judicial process get underway because the victim will end up being dehumanized by the authorities. No one wants to hear their loved one being referred to as “the body” or “the deceased,” so don’t add to the family’s pain and instead, make sure you use their child’s name. 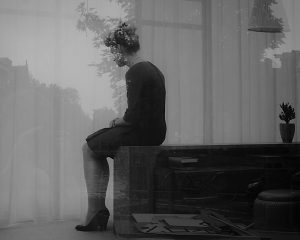 2. Don’t call the murder or homicide by any other name other than murder or homicide. This may sound odd, but people often try to avoid the bloody reality of homicide by referring to it as an “accident” or “incident” If someone is shot, it’s a shooting, and however tragic the loss, avoid “tragedy” and use “murder.” If someone’s child is raped and strangled, it’s not OK to refer to it as “an unfortunate event,” it’s a rape and murder. So instead, say something like “I’m so very sorry Sarah was killed.” In so doing, you will be acknowledging their grief as well as the suffering their child endured.

3. Never tell the co-victim that they are “wallowing” or “should put it behind them.” Homicide loss lasts a lifetime, there is no getting over it. Putting pressure on the survivors to hurry up their grief work will only add to their anguish and sense of betrayal. Most co-victims report never attaining a sense of closure however many years have passed.

4. Don’t say “If it was me…” because you’ll do more harm than good. Instead, be a good listener, respect their experience and allow the co-victim to be exactly where they are in their grief.

5. Don’t regurgitate what’s in the newspapers or tell them rumours you’ve heard because it’ll only increase their distress. Unless you have hard evidence, which is important for the case and should be passed on to the police, don’t discuss gossip or media coverage unless the family asks you to do so.

6. Don’t compare your experience of grief to theirs. The unexpected and violent nature of the killing, the extent of the injuries, the media intrusion, the criminal justice system… these and other factors make the challenges of homicide loss unique.

7. Don’t tell them you know how they’re feeling. Instead, say something like “What you are going through is beyond anything I can imagine.”

8. Don’t say “I don’t know how you survive, I know I couldn’t.” They have no choice in the matter. Their child was murdered through no fault of their own and they’re having to cope as best they can. Instead, acknowledge the extent of their devastation by saying something like “I’m at a loss as to what to say.”

9. Never tell them “things happen for a reason” or “he/she is in a better place now.” Even if a belief worked for you, don’t evangelize. A co-victim’s world has been smashed. They may be having a crisis of faith, struggling with feelings of guilt, or simply do not share your views. But for sure, they won’t think that their loved one is better off dead than alive and happy.

10. Never tell a co-victim to be strong. They’re already being strong beyond anything you could imagine. Suppressing their emotions will cause further psychological damage, so say “I’m here for you” and “it must take everything you’ve got just to keep going.” Giving them the allowance to cry and to not be strong is a gift. Encourage them to express their feelings by saying things like “what you’re feeling is understandable” or “I’m glad you are talking to me.”

11. Don’t tell a co-victim that anger is bad or inappropriate. Anger is a natural response to homicide loss. Rage can come and go and, in many cases, can last years. They’ll not only struggle with their loss and the manner of their child’s last moments, but they may also have to navigate the justice system. Validate their feelings with statements such as “no wonder you are angry” or “I can’t imagine how you must be feeling right now.” Don’t tell them that their rage is exaggerated or unseemly because expressing it is an important component of acceptance.

12. Don’t tell them that “it’ll be fine” or “justice will be done” because you can’t know, and often the opposite is true. In many cases, the killer is never arrested or the criminal justice system fails homicide-loss families. Pretending “it’s all going to work out” in a bid to cheer them up is unhelpful because what you are doing is negating their well-founded fears. Co-victims often come to the realization that the criminal justice system, which they thought was on their side, is anything but that. It’s therefore important to validate and acknowledge their worries, so say “I hear you” or “this doesn’t seem right, no wonder you are concerned and angry.”

13. Don’t ever suggest that the victim was in any way to blame for their own murder.

15. Don’t say “I think about you all the time.” This comes across as selfish. Instead, act upon the thinking and show you care by calling, writing, or visiting.

16. Should you become concerned about a co-victim’s mental or physical health, encourage them to seek medical treatment. The ongoing impact of homicide loss cannot be overemphasized.

Perhaps, most importantly, if you’re still unsure as to what to say, say nothing and instead stay with the co-victim, allowing them space to openly grieve. Your silent presence will be ‘heard’ as if it were words of support and love.