I am a co-victim of homicide, a murder survivor. Some refer to me as the mother of the boy who was killed. At times, it feels as if I don’t even have a name, such is the stigma surrounding homicide. Whatever the term, the fact is that my wonderful, funny, bright, handsome 23-year-old son was murdered by someone he knew and trusted. 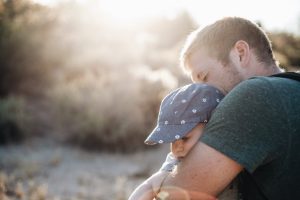 It’s exactly three years today since Alex was killed between the hours of 5 am and 6:45 am. We will never know exactly when he died and I suppose it doesn’t much matter because it’s the manner of his death and the fact that he is gone that hurts beyond anything I’ve ever known or could have imagined. In this time, I’ve also learned that it’s a very lonely and frightening place to be because the chasm between where I am in my grief journey and where the majority of people stand is too wide to bridge. Friends and kind strangers simply fail to comprehend the extent of the devastation left behind after a child is murdered.

The myriad of legal, financial, physical and psychological problems homicide parents face for years afterward make this a very misunderstood form of grief.

It’s not surprising that people can’t conceive of what I and others like me have gone through following the killing of our child or loved one at the hands of another. Why should they be able to? Let’s face it, nothing prepares any of us for this sudden harrowing loss, this obscene affront to decency, this wanton act of cruelty.

I had no skill set to help me when my son was killed, any more than my friends had experience of how to support me.

Most people are frightened by the violence of homicide and are utterly lost as to how to deal with the emotional trauma the victim’s family endures. It’s therefore understandable that only those who find themselves in the same devastating situation can relate to the horrors of my experience and I to theirs.

So, I have decided to do something about it, in a small way, in the only way I know how. To put pen to paper, to type out my thoughts, to open a small window to our world.

In this four-part article, I attempt to convey the reality of homicide-loss and the problems and vulnerability experienced by the families of victims.

Firstly, in Breaking the Silence (below) I seek to explain the emotional upheaval of homicide loss. The second article, Murder as Entertainment and the Psychology of Fear, looks at why society seems to struggle in helping co-victims and the effect this has on the families affected by the loss. In the third piece Crisis, Trauma and the Justice System I cover the main difficulties faced by survivors during the legal process and the financial burden faced by families, and how best to meet their needs. In the final article, Emotional Support in the Initial Stages and Beyond I address the unique psychological challenges faced by survivors of homicide.

Read together, the four articles give an overview of the impact of losing a child or loved one to homicide and the argument for inclusive informed support. My hope is that in allowing for greater understanding our communities will be kinder and more compassionate places for us all.

Breaking the Silence – the homicide co-victim

So, let’s look at some basic facts.

Data on exact numbers in each country vary from year to year, so for ease of statistical understanding I have taken the USA, and England and Wales as examples of western countries.

On average, each year, there are 15,000 homicides in the USA, which includes both criminal homicide (intentional killing or manslaughter) and vehicular homicide (e.g., homicide through drunk driving). In the England and Wales, it’s about 900 per year. These numbers represent the children and adults who lost their lives at the hands of another. In most cases, the victim was killed by someone they knew.

Each homicide leaves behind, on average, 5 to 10 close relatives, who are categorized as ‘survivors of homicide’, ‘co-survivors’ or ‘co-victims’. These numbers do not include extended family, friends, neighbours, or co-workers.

Stop to think about that.

Just the numbers are mind-boggling.

Chances are that in your lifetime you will meet or know of someone whose child or relative was a victim of a homicide.

And if this happens, will you approach them? Will you know how to support them? Years after the event, will you comprehend the enormity of their trauma and reach out to them? Certainly, in my case, I would have answered ‘no’ to all these questions — that is until I learned the hard way.

Co-victims’ life post-loss is harsh. Even after controlling for demographic and gender variables, the statistics point to a significantly higher risk of PTSD and depression as well as a deterioration in physical health. Additionally, alcohol and drug dependence can become a problem. Financial difficulties following the loss of income or legal costs are commonplace. Co-victims are often diagnosed with mental health issues following the homicide. Suicidal thoughts are not uncommon.

We are not ok. We are hanging on by the skin of our teeth. We are just about coping with every day if that. The psychological trauma lasts a lifetime and so does the grief.

And there’s the crunch.

We not only mourn our children but simultaneously are also forced to deal with the violence of the killing and the suffering inflicted upon them at the time of their death. And then there’s the legal aftermath that can last for years.

Is it, therefore, any surprise that co-victims commonly describe themselves as ‘going crazy’? Feelings of helplessness, rage, injustice, and devastation throw their world into such turmoil that they can barely function. Psychologists use terms such as ‘complex’ and ‘traumatic’ to describe this type of grief.

So please help me to break the silence. I invite you to read the blog posts that follow in order to better understand what co-victims go through in the aftermath of homicide.